There are three grand shrines on the Kumano Kodo; Hongu, Nachi and Hayatama. Today we travelled from Hongu to Shingu, the home of Hayatama Taisha by car and kayaked down the Kitayama and Kumano Rivers.

Half-way through our trip, we pulled up onto shore and our guide Katsu Ueno cooked us a tasty rice lunch by the side of the river.

Our new place to stay is called the "Sushi House", it's owned by a family who also own the sushi restaurant next-door. Since we are staying there, we thought it would be appropriate if we had our dinner at the restaurant this evening.

There were so many options on the menu, Ben chose a sort of tasting platter with several different types of sushi. Most of the pieces were Nigiri (something on top of rice) and two were Maki (rice & filling wrapped in seaweed paper).

Left-to-right, top-to-bottom, these were:

And I chose the Unagi Set Meal, which is grilled eel (unagi) in a sticky soy sauce marinade. It was served with rice, some unknown veggies, omelette and a suspicious looking soup (is that a brain floating in there?).

The unagi was actually quite meaty and the sauce was tasty (sort of like BBQ), it went nicely with the rice and omelette but I wasn't brave enough to try the other things. After a lot of Googling, I found out the weird thing floating in the soup was 'eel liver' and so I'm glad I didn't eat it.

I found this meal quite stressful because there was a definite language barrier, I didn't want to insult our host by not eating the food and it was all very unfamiliar to me. I thought Ben was very brave for trying all the raw fish, including squid, sea urchin and salmon roe.

We decided to get 'pudding' from the nearby shopping centre and pick up a new iPhone cable since Ben had lost his somewhere between Koya and Tanabe. Ben bought some Haagen Daaz and I decided against anything else as it was getting late. 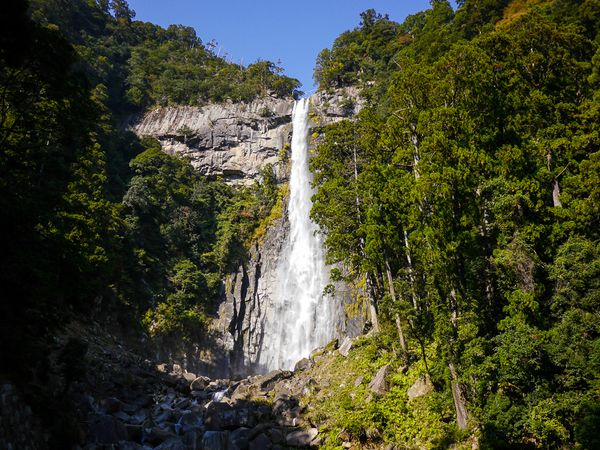 Our first day in Shingu, Nachi-no-taki falls and the surrounding temples. 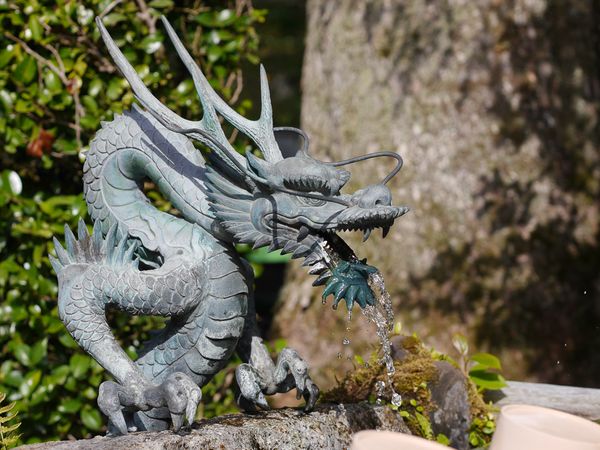 We hike the Kumano Kodo to Hongu Taisha and visit an onsen.