We got up today ready to leave Osaka and head to Hiroshima; but we caught an early Shinkansen so that we could stop at Himeji on the way and visit Himeji Castle.

It's very easy to get to since you can see the castle at the end of a long wide street the moment you walk out of the train station.

On the way in to the castle we were greeted by several performers who were handing out leaflets for the food festival across the road. We made a note to visit this after the castle. There were lots of signs saying don't eat, drink, smoke or graffiti dotted around the castle grounds.

Himeji Castle is known as the White Egret Castle, eluding to it's stunning white colour and supposed bird-like shape.

Alyssa could once again demonstrate that this whole country is sized perfectly for her, and I'm freakishly tall by comparison.

As we entered the castle, we of course had to take off our shoes and carry them with us as we went around. The lady at the door also lent us cute little knitted socks to put on our walking sticks.

Getting to the top of the keep took quite a while as it was really busy, it was mostly just one long queue going up and down again. The view was lovely but I wasn't too keen on the stairs, especially in socks on wood. Even I had trouble not bumping my head on the floor above when descending so I'm not sure how Ben managed!

This is a wooden model of the keep, showing the wooden structure that supports it.

We had seen most of the castle and were getting pretty peckish so we decided to go to the food festival we had been told about on the way in.

The food festival had over 40 stalls selling different delicacies, we were given a map with information entirely in Japanese so we had to do a lot of 'Nan desu ka?' and pointing at items. It was fairly funny because I think it confuses a lot of people; we're pointing at a sandwich and asking "What is this?" - "A sandwich...".

Though the funniest was probably when Ben went to a shop selling nothing but takoyaki (octopus balls), with a giant sign above saying "Takoyaki" and tried to ask "Kono tako wa?" ("Is this octopus?"). The lady definitely looked at him pretty funny.

What food festival would be complete without a samurai?

After all this we had to head back to the train station to catch a train to Hiroshima. We arrived in Hiroshima fairly late but our accommodation was only a short walk away and check in went smoothly. We had booked 'Hiroshima Hana Hotel' which turned out to be 'Hiroshima Hana Hostel' instead, our room was on the top floor and was very basic but suitable for the 2 nights we were staying.

Like in the more traditional houses we had to leave our shoes at the door, we decided to forgo the sandals and just walk around the hostel in our socks. 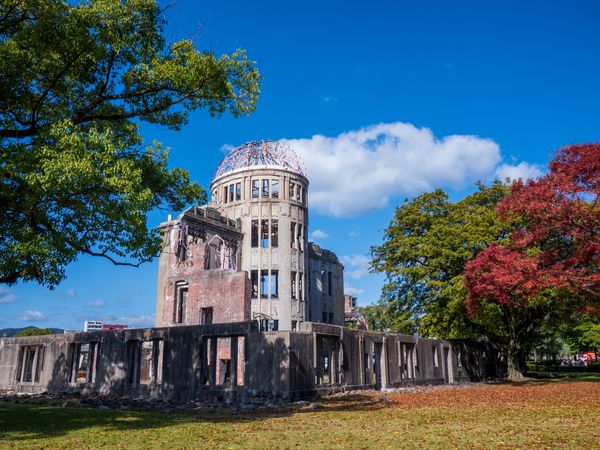 We visit the Hiroshima Peace Memorials 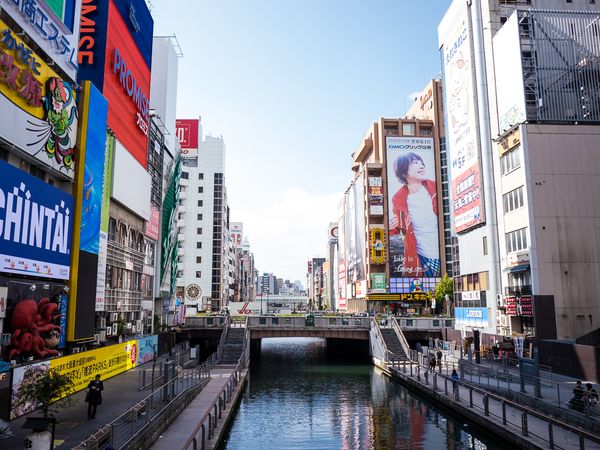 Our first full day in Osaka; we take a walking tour and have a Japanese cooking lesson.