I had planned on visiting Tower Knives since the beginning but so far hadn't actually had the time to go. We had used some Osakan made knives in the Eat Osaka lesson and I wanted to purchase the same or similar to remind me of our travels when I cook.

Since this was our check-out day, it was now or never to get a 'Handmade in Osaka' knife from Osaka. The knife shop didn't open until 10am so we didn't have to rush to get there early - which was good because we were very slow. We had a nice breakfast at our Osaka hotel, and headed out.

We were greeted by a very nice gentleman who spoke excellent English, he showed us around the shop, explained about the different purposes, handles, lengths, steels, prices, edges...! There were a lot of options!

We told him we were after a general purpose knife, similar to the one we used at Eat Osaka and he picked out several for us to try on a lot of carrots and tomatoes. In the end I decided on a shorter santoku (although still longer than my current knives) with a Japanese style handle.

When we chose our knife, they engraved it for us.

It was getting quite late in the day now and we had a long way to travel to our next hotel in Hakone. On our way to the train station we stopped at the Food Hall underneath the station to queue up for a famously wobbly Rikaru Cheesecake.

These cheesecakes are very light and fluffy in texture, totally different from the rich, thick slices we get at home.

We also picked up some lunch/dinner from a Seven Eleven and some more Western style chocolate cheesecakes (which were also delicious). We ate our very late lunch on the Shinkansen to Odawara where we arrived in the evening.

When we got off the train at Odawara station, we knew that we'd have to travel a bit further to the hotel at Hakone. Since we arrived later in the day and had no cash, we missed the last bus to our hotel whilst trying to find a cash machine to pay for it.

While waiting for Ben to talk to the Information desk and find an International cash machine, two Japanese ladies came and spoke to me using Google Translate. They wanted to know if I was enjoying my stay and if I would have dinner with them. After they found out we had to be somewhere they invited us to breakfast instead, which we also couldn't do. It was quite a strange conversation, but I think they were just very friendly.

Ben finally found a cash machine in a Seven Eleven around the corner and we had to take a taxi to the hotel instead. We finally arrived at the hotel after 9pm! Even though it was late, Ben took advantage of the spa and had a relaxing bath in the hot spring pools before bed. Not wanting to use the "public" baths, I stayed in the room and read a book in bed.

The Prince Hakone Lake Ashinoko Hotel was meant to be one of our relaxing days, when in fact we barely spent 12 hours there since we had to be up, out and on the bus to Tokyo. Ben had a session booked in the afternoon for learning the ancient art of Kintsugi in Tokyo and to get there on time we needed to be up bright & early for the long-distance coach. 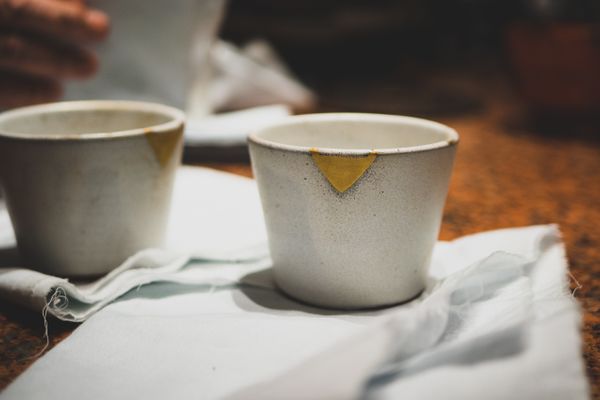 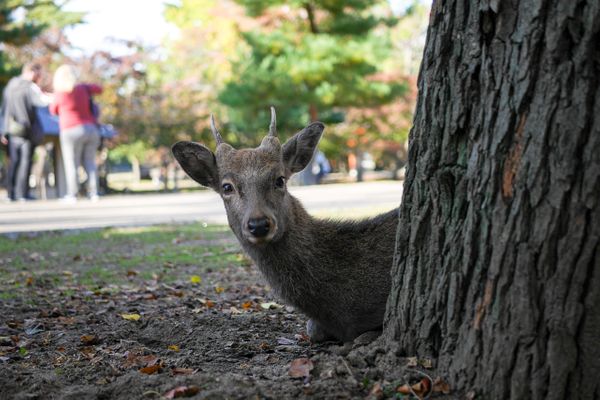