We got some snacks for the train journey to Nara, the egg mayo rolls are really delicious and Ben picked a ham and cheese wrap that needed microwaving. One of the nice things about the convenience stores in Japan, is they have microwaves!

After getting off the train we bought a Nara Bus Day Pass which came as a cool printed wooden ticket on a lanyard. We could have walked to the park but we were on a tighter schedule so taking the bus was much quicker.

Walking through the park gates you are greeted by hordes of deer and a small manned cart selling deer biscuits. We don't know what's in them, but apparently it's 100% of a deer's healthy breakfast. When the deer know you have the treats you are suddenly their best friends.

The deer show no loyalty. As soon as they've eaten the proffered biscuit they abandon you in search of another one. They're not here to chat.

Feeding them was an exercise in balance, getting low enough to the ground for good photos whilst trying to avoid stepping in or falling on to mounds of deer poop.

The park was really lovely, and we could see the first colours of autumn starting to show in the trees.

Apart from deer, Nara is famous for Todai-ji, a buddhist temple that houses the world's largest bronze buddha. The temple was very impressive housing many large statues.

The side-pillars of the gateway (in the photo above) held huge statues.

Another gateway on the path to Todai-ji:

Finally we reached Todai-ji temple itself.

And inside, we see the reason for the giant temple building, the giant bronze Buddha.

Around the corner from the Buddha was this angry looking guy and a cute woden model of the Todai-ji temple. I spent a lot of time trying to get nice photographs of the statues in here as it was fairly dark inside. It involved a lot of patience and a steady hand.

One of the pillars had a hole through the middle, and a huge crowd of students were queued up to try and squeeze through it. I watched one man trying several times before succeeding as it was a very tight fit for him.

As the day went on, the deer got pushier. The deer mafia cornered Ben and nipped at his clothing to show him they meant business, until he coughed up the rest of the biscuits he was hiding in his backpack.

Head-height for them was Ben's belt, so he quickly made peace by offering them the last of the deer biscuits.

Since the shrine was shutting as well as the shops we caught the bus back to the station and the train back to Osaka.

We didn't want to spend a huge amount of time looking for somewhere to eat so we headed for Yodabashi-Camera. We knew they had a whole floor of different restaurants and there would be plenty of choice without walking too far.

After our meal, we finished off the evening by perusing the vast selection of cameras and electronics that make up the other floors of Yodabashi-Camera.

(I think this is where we bought a camera case for Alyssa's new camera, and some more camera memory cards)

Exiting Yodobashi we ran into a group of musicians on a street corner singing covers of various pop songs. We stood and listened for a while and a groupie offered us a beer which was very sweet. Ben wanted to buy the CDs they had for sale but we only had a 10000 yen note which they couldn't give change for. He wasn't deterred and ran off back to Osaka station to use some of the cash to top up his Pasmo. Cash in hand he bought both CD's - both solo albums by the lady and the man singing in the photo.

Our feet were definitely feeling a bit tired by now, and we were really glad when we got back to the hotel. 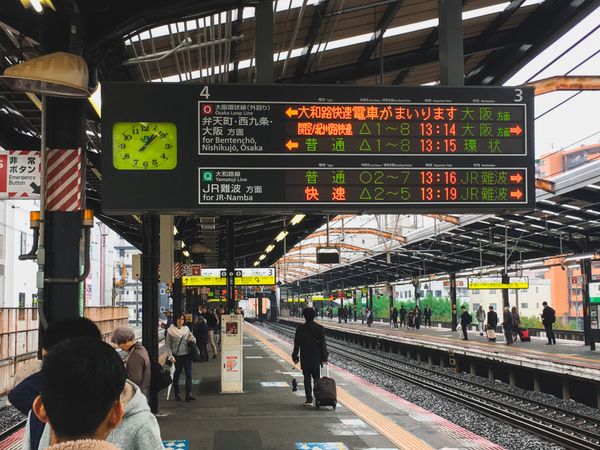 We buy some knives and spend most of the day travelling. 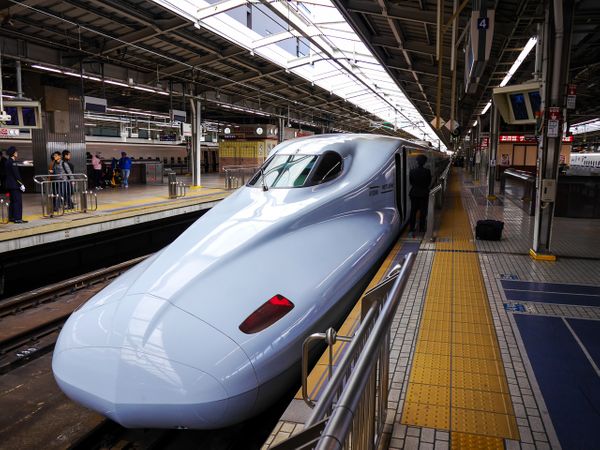 We travel from Hiroshima to Osaka, and visit the Osaka Pokémon Center